We had some amazing visitors come our way. We love to see Grandma and Papa Shine! (9/10/18)

We asked Justin’s mom to take Josie’s 1 year pictures!  They turned out so good and we had a hard time choosing which ones we loved. (5/20/18)

We had planned to have Josie’s 1st Birthday Party at the park, but we got rained out. So we reserved one of the rooms in the basement in Big Horn Federal, where Justin works.
(5/12/18)

The first date that we had planned to have Josie sealed to us was December 30 2017.
We got to the airport in Cody at 12:50 pm, it was snowing hard! We checked in and waited awhile. Josie threw up and it got all over her blanket and clothes. Justin’s Aunt and Uncle live a few miles away and we decided to go get her cleaned up while we waited out the storm. They kept delaying the flight over and over again. 6:40 pm J received a text saying that the flights were canceled and they didn’t even think the flight that was supposed to come in will even fly in. We called up my parents and let them know, it was still snowing pretty hard. We walked into Wendy’s for dinner and decided to reschedule the sealing, then the snow stopped. They weren’t supposed to get snow that day, they got more than 6 inches of snow. We drove to Justin’s parents house and let them know what was going on.
We were excited to know that they would be able to join us!

We made a new date for our sealing on February 17 in the Gilbert, Arizona Temple.

It was a beautiful Day for a Blessing. We had so many wonderful family members and friends come for it. (12/26/17)

We were able to adopt a little girl and named her Josie Laree.  She’s a very mellow, beautiful little girl!

The first weekend in March, I was driving to my sister and brother-in-law’s house to help out with their kids. There was a thin layer of snow dusting the road. I knew I’d be okay; I’d driven on snow before. I was just outside of town when I was coming down a hill and lost control of the car. I tapped on the breaks and realized when I did it that was the stupidest thing. The car tipped on its side and started to roll, but it hit the dirt mound that was there. I know without a doubt I was watched over because it kept me from rolling over. I called Justin first thing and told him I was okay, but I didn’t think the car was. I then got a hold of my sister-in-law and told her what happened. I told her I’d find a way there to help, she said that she was glad I was okay and don’t worry about coming out. While waiting for Justin to come our neighbors son came down the same hill and saw me, he got out and asked if I was okay. I was, just my pride hurt. Justin and his dad came awhile later. We waited for a deputy to come out and assess the wreckage.

Justin drove the forester home while his dad drove me home. There was no broken windows, but there was major dents, broken side mirror, cracked taillight, and pieces on the bottom of the car were showing.

His parents were amazing and let us borrow their truck while we looked for a car.
A week later my sister-in-law and I decided when I’d do a LulaRoe party with her since she started selling those wonderful clothes a few months back. She told me that she had been thinking of a way to help us with our adoption fund. When she told me that most of the proceeds would go towards our adoption fun, I started crying.

We learned that I had totaled our car and that we would need to find another. We looked and looked for cars around our area and in Billings. We found some we liked but they were out of our price range.

The following week we went to Powell and test drove two Corollas. We then made our way to Cody to drive a Escape. I didn’t want to test drive the Escape because I knew it was way out of our price range. Justin gave them an offer and we went to eat and do our shopping. We didn’t think that they would accept our offer because it was much lower then what they wanted for it. We got done with shopping and went and got ice-cream when Justin got the call that they wanted us to come back to discuss the price. They accepted our offer and we were able to drive the beauty home!

A few weeks later we had my online and in-home party.  The LulaRoe parties were a hit and we had lots of people who supported us!

During this time I kept getting this thought that we should go down to Arizona to see my family since it would be our last time going down just Justin and I. I told Justin and he wasn’t sure we could afford it, but we made it work and at the end of the month we went and saw my family.

One Sunday around the end of last year the bishopric wanted to talk to Justin and I. They pulled us into one of the offices and asked how things were going. We told them that things were going good, and he thanked me for everything that I had done in the primary. As soon as he said that I was thinking, “NOOOOO! don’t release me; I love primary!” He asked if I would accept a calling in the Young Women’s presidency. I’ll be honest, I laughed at him! Relief Society and Young Women’s is scary for me, but I knew without a doubt that I needed to accept it. I asked who the president was, and it was one of my good friends in the ward, and the 2nd councilor was someone I knew but not as well. I accepted without thinking about it.

The first Sunday was nerve wracking to say the least because I’m not a very social person. I’m very shy so this calling would be very hard for me. Now I’m so grateful that I’m in Young Women’s. It honestly has been a very fun calling. The girls in the ward are so amazing, and they teach me something every time I’m around them. There are times when I feel inadequate for the calling because I know ladies in the ward that would be better qualified, but then “I don’t call the qualified, I qualify the called” comes to mind. After a few months of being in Young Women’s, I love the calling. I love the Young Women and I want the best for them.

I do miss Primary; I’ve always loved teaching in Primary. I’ve loved the little kids that I’ve taught while being in Primary whether it was here in Greybull or Otto.

We’ve come up with a plan to show our gratitude for the donations to our fundraiser. We’re going to put the names of the donors in this picture, frame it and put it in our child’s room. For those who wish to remain anonymous we’ll put a star. 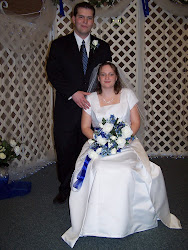 Hi! We are Justin and Kim Tolman and WE ARE HOPING TO ADOPT! We have been happily married for 10 years. Justin works for the IT department of a local bank, and I am a stay at home wife. We both love kids, and want some of our own. We love children, playing games, hanging with family and friends, camping, going for drives, and traveling. We hope this blog helps you get to know us better :D. 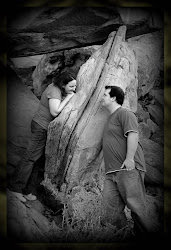 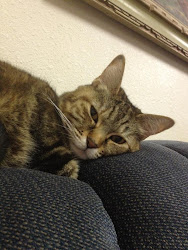 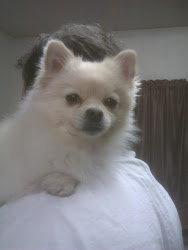