When I was in middle school, I had a cat named Tigger (since I loved and still love Winnie The Pooh) he was a orange/brown tabby, and I loved him!! I came home one day from school and found him, he wasn’t moving at all, and I knew he went up to Heaven. Ever since then I had always wanted a new cat. When Justin and I first got married, I told him that I wanted to get a cat and he said “No!” He was set on not having a cat. My older sister Bethanie had 2 cats that were having kittens. I told her that if she had a calico it was mine (I was going to convince J to let me have the kitty). Soon Bethanie told me that they found the kittens from one of the mammas and so my best friend Sariah and I went over and played with them. There was no calico so I was thinking of getting just a black and white one. The following day my sister called me and said that they found the other litter and there was a calico, so I knew I had to work my magic. When they were finally ready to be away from their mom, I finally got Justin to agree on it. I’m so glad I did! He got to name her and her name is Calicoconino, Cali for short. He told me that she was never allowed on the bed, but later that night I found J laying on the bed with Cali on his lap feeding her. He fell in love with her and loves her still. She is declawed in the front and fixed, because she was going to go live with my mom while we moved down the road. We ended up moving to Star Valley, Wyoming instead. She loves to play, climb, be on top of things, get into bags, and anything she can get into. She likes to sleep and snuggle in blankets with just her face peeking out. 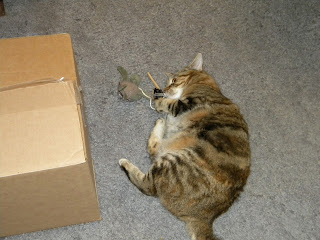 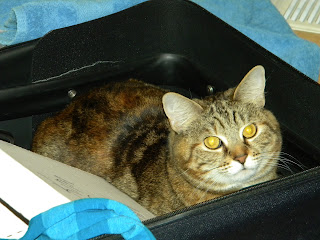 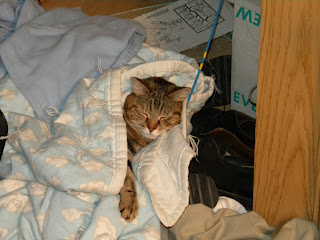 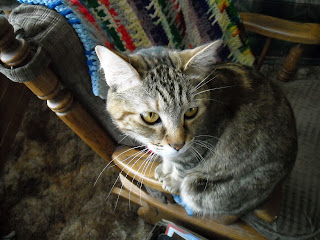 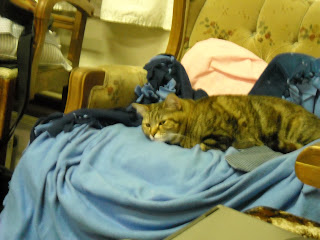 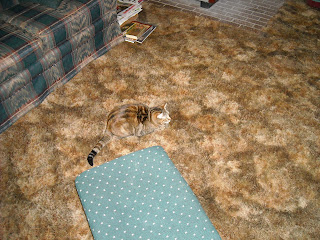 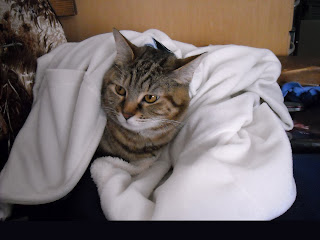 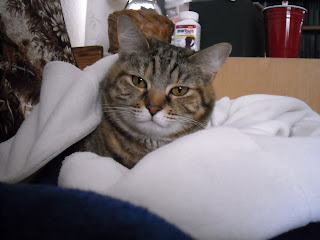 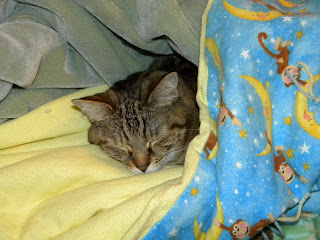 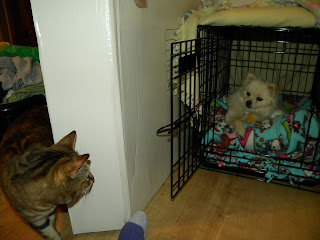 Always checking up on Tempe.