I have always wanted a dog of my own, and growing up we had a dog or two. When Justin and I were married, I told him I wanted a dog or a cat; he said no to both. We never had time for either when we lived in Thatcher. I was finishing my degree and he was working 2 jobs. We moved all over for the first few years of our marriage. I still had the desire to get a dog. Justin didn’t like the idea of having a dog unless it was an outside dog. I had never given up the idea of us having a dog, but I knew Justin preferred outside pets. In 2009, we were watching “The Dog Whisperer” and the episode was about a family who had 3 Pomeranians.  I was in love!! I had to have one, they were just so cute!! I told J that I wanted one. He gave me a funny look and turned his computer screen towards me. It was a search page about Pomeranian’s. Justin looked online and found the price for them, he was not impressed at all. He told me that we couldn’t afford one because they were so expensive. I was pretty devastated. I really wanted one, so he looked more into them and found where we could buy one for less then 1/2 the price of most places. We emailed the guy and told him we were interested in buying one. He said that if we wanted, we could put down a deposit and get the pick of the litter. I told Justin YES because I wanted a cream or white colored female. When he sent us pictures, I knew she was the perfect dog for us. He told us that she would be ready by Christmas. I thought that would be the perfect Christmas present for both of us. The man we got Tempe from (Bill) told us that we could come visit her anytime we’d like. Every time we’d go to visit her she’d push herself up into my hair. She loves to travel and is a smart dog. She knows the words “walk, ride, treat, grandma and grandpa.” She is very spoiled by the grandparents, and they keep saying “just wait till you have kids!!!” I’m sure they’ll spoil them twice as much. 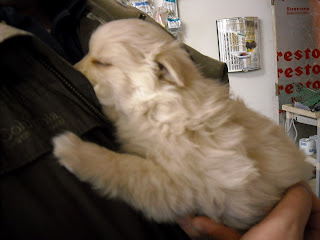 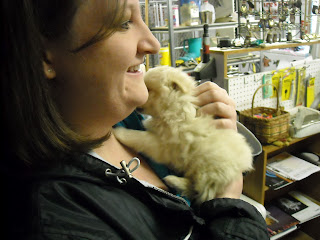 Going for the back of the neck!!! 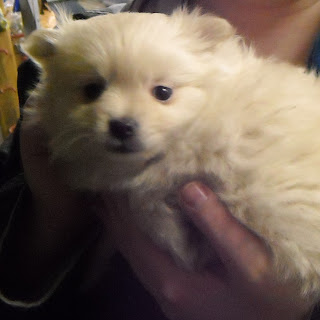 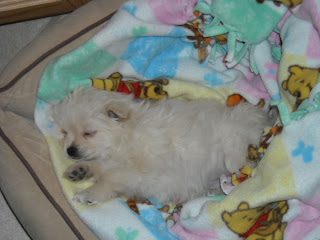 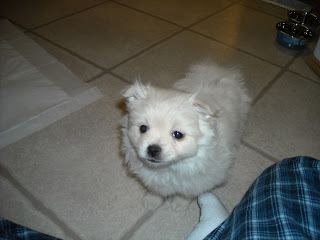 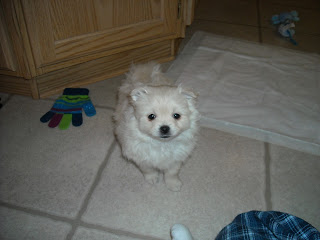 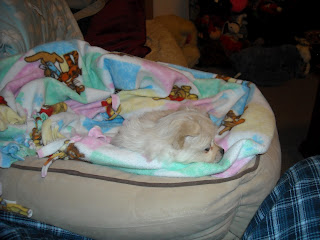 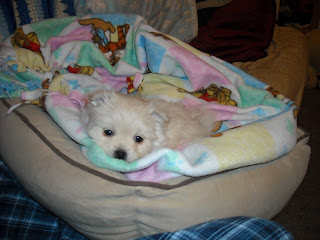 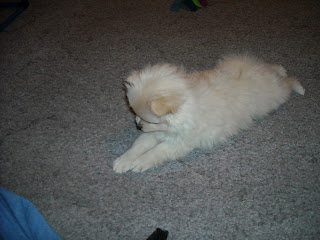 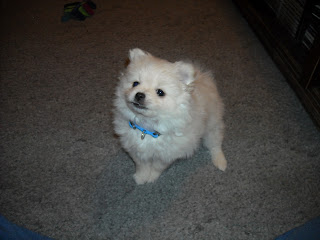 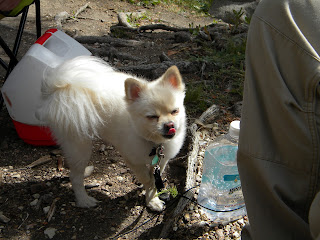