Justin’s side – I met Kim while I was living in Phoenix, AZ. We had spoken before online, but had never met in person. One weekend I decided to visit her and meet her family in Thatcher which is about 3 hours east of Phoenix. I’ll never forget the first time I saw her; she was riding in the passenger seat of a car pulling up to the Circle K convenience store. Her sister Kristen, whom she brought for moral support/protection had driven her there to meet me so they could show me how to get to their place. We hit it off and soon I was going to visit almost every weekend. We’ve been best friends ever since and husband and wife for almost 8 years now.

My (Kim’s) side – First off, J and I are not like your average couple. I know there are other people out there, but not many, and I love these kinds of stories. Justin and I first met online when I was a senior in high school. We had talked back and forth all the time, and finally about a year after I graduated, he decided to come down and actually meet in person. He was living in Phoenix at the time, and I was still living in Thatcher while going to Eastern Arizona College (about 3 hrs away). We met at the Circle K convenience store there in Thatcher (which isn’t a circle K anymore). Kristen, my sister just younger than me, came along with me in the car. I sat in the passenger side, and when we saw him with both “oooooh-ed”. When we told him to follow us we were talking about how cute he was on the way home. When he came down he met my whole family, they all loved him, especially my niece Brooklyn. We hit it off pretty well and became best friends. He started coming down every weekend or every other weekend. I’d also go up there sometimes. I loved it when he came to visit. I always felt wanted and accepted. He has always been so kind, caring, and loving towards me. I had always hoped that we would end up together. When he asked me to marry him it was like a dream come true. We got married November 21, 2004 in Thatcher Arizona. 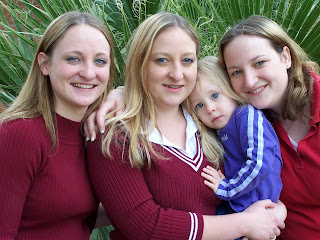 Kristen, Bethanie, Brooklyn and I.  (Stacey was in school) 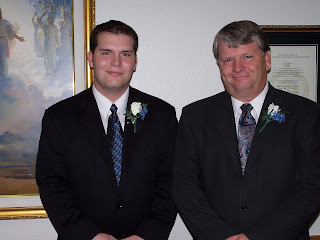 Justin and his dad 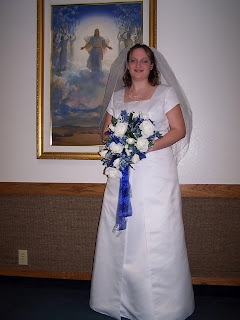 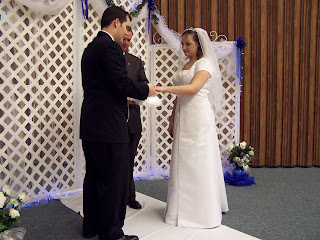 “With this ring, I thee wed” 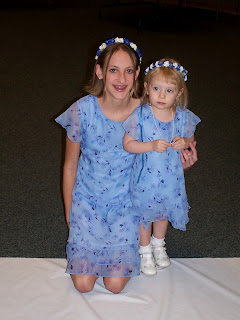 Our flower girls, Stacey and Brooklyn 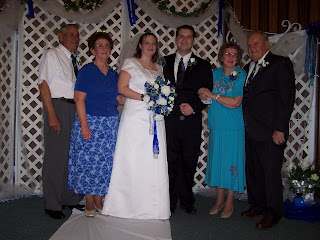 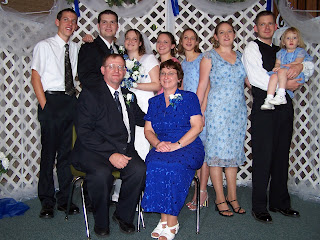 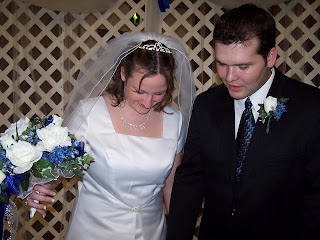 Looking at my shoes 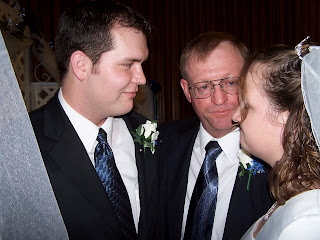 A very special moment.
December 21, 2005 Justin and I were sealed for time and all eternity in the Billings, Montana Temple.  One of the miracles I remember about that is that we didn’t have enough money to get up there and so my parents bought one of our plane tickets, J’s mom paid for the other one. My parents told us that they would not be able to make it.  One of my wishes and my parents wishes were to be able to be in the sealing rooms of all their children.  They had some funds come in that they didn’t remember/weren’t expecting and they were able to go.  It was one of the best moments in my life.  It was really neat because the man that had sealed us wasn’t expecting to do sealings that day and when he went out his door he had a feeling to go get his book. When he was told he was doing our sealing he was happy because he is a relative to Justin and his family.  I am so grateful I married Justin, he has made me so happy. 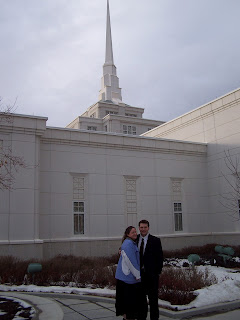 1 thought on “Our Story”